Have you seen those t-shirts that say “dog hair, don’t care”? Yeah, they’re made for dog owners of these fluffy breeds. From the tiniest poodle to the biggest Newfoundland, the fluffiest dog breeds range in size, strength, color, and temperament – but they’re all extremely soft and huggable. (Yes, even the formidable Tibetan Mastiff! )

If you’re looking for a truly fluffy pet, this list is for you. Sure, you’ll want to invest in a good brush – or five – but it’s worth it.

Among the various types of collie, the bearded collie is absolutely the floofiest. However, the better-known rough-coated collie is also a majestic fluffer. This herding breed is known for its smarts – a border collie named Chaser is known as “the smartest dog in the world.” She knows the names of 1,000 distinct dog toys!

If you choose a collie to join your family, be sure to give them plenty of exercise and enrichment so they can use those big canine brains of theirs.

Do you want a dog that makes all your neighbors jealous? When you’re walking down the block with your Samoyed, you’ll draw attention. These snow-white beauties are working dogs, originally meant to pull sleds in the frozen winter wonderland of Russia’s far north.

As domestic pets, they’re quirky, loyal, and super smart. They’re also known for being a little aloof, especially with anyone outside their family. No, they don’t want any snuggling with strangers! They will accept treats, however.

This dog makes every list of the fluffiest dog breeds – for good reason. There’s something both loveable and humorous about the old English sheepdog, perhaps because It’s had a starring role in cartoon classics like The Little Mermaid and Looney Tunes.

Despite its shaggy smiles, the sheepdog is a real worker on a sheep farm, where their herding abilities keep everybody in line.

The Eskie is an active, busy dog that can weigh up to 30 pounds on the high end. With a snowy white coat and loads of fluff, they’re eye-catching at the dog park.

Though you might picture a fancy French pup when you hear the word “poodle,” this breed actually originates from Germany – and was originally used to hunt! The poodle is a water dog that loves to swim and is easy to train.

Ranging from the biggest standard poodle to the tiny miniature version, and sporting a variety of coat colors, this pup is justifiably popular worldwide. If daily brushing doesn’t appeal to you, consider a poodle – their coats are thick and soft but also hypoallergenic. This means they aren’t big shedders and are less likely to fill your home with dander (the true cause of pet allergies).

The Bernese Mountain Dog, or Berner, is everywhere these days. Increasingly popular as family pets for their gentle disposition and striking appearance, they’re truly adorable as puppies. These big babies have a soft black and white coat meant to keep them warm in the Swiss Alps.

Berners are friendly, goofy, and very huggable. Also (and this is key): there is nothing cuter than a Bernese Mountain Dog puppy.

Originally serving as guard dogs in ancient China, this striking breed boasts an enormous double coat and a unique blue-black tongue. Because it grows thickly around their necks, the Chow Chow’s fur looks a lot like a lion’s mane.

Their personality is fierce like their fur. Expect a Chow Chow to display intense loyalty and become protective over their home and owner. They have strong hunting instincts and strong personalities, so they do best with a secure yard and an experienced owner.

Pronounced “kayz-hawnd,” the Keeshond is a fluffy Dutch dog related to other German spitz breeds like the Pomeranian. In fact, a Keeshond looks a bit like a bigger Pomeranian in a silvery black coat. That big feathery tail and those fox-like ears give the Keeshond an especially bright, friendly appearance.

Known for their trainability and their obedience, these clever dogs do well with plenty of interaction and exercise. All that fur is just begging for a cuddle puddle.

This petite Chinese pupper is more than just a little ball of fluff. Bred as companions for Chinese royalty, the Pekingese have “lap dog” in their genes. And they truly bring the fluff. Left to grow, their coats extend well past their feet.

Those luscious locks have brought them success on the dog show circuit – with four winners at Westminster, in fact. If you bring a Pekingese into your life, be prepared for a daily brushing routine to avoid matting. Aside from that, they’re a fairly low-maintenance breed that make good apartment dogs.

Quick: picture a long-haired beauty queen of the canine variety. A Lhasa Apso might have come to mind.

Renowned for a floor-length coat that appears to cover their eyes, these pups hail from Tibet. Originally used as watchdogs, they retain a sharp bark and an alert, intelligent personality. Fortunately, their long, thick coat doesn’t shed. It does, however, require frequent brushing or clipping for ease of movement.

Better known as Shelties, these intelligent floofers will keep you busy. According to the breed experts at the American Kennel Club, they’re obedient, affectionate, and great with children. What more could you want, really?

Keep in mind that Shelties are sensitive and smart, so they’ll notice your mood and respond in kind. Plus, they’re natural watchdogs. Prepare for plenty of barking at the doorbell.

This relatively rare breed hails from the mountains of Tibet. Truly enormous, Tibetan mastiffs clock in at around 170 pounds when they’re full-grown. This is not a dog you can pick up when they misbehave!

Thanks to their strength and size, they make formidable guard dogs. They’re known to be stubborn and hard to train, however, so you’ll want to commit to a regular training schedule if you become a mastiff owner.

Another of the herding dogs, the Great Pyrenees boasts some incredibly soft fluff. They’re also a large dog when fully grown, weighing up to more than 100 pounds as adults. Great Pyrenees are big, beautiful, and born for a photo op.

They’re also independent and protective. This is a great quality if you’re looking for a watchdog, of course. Just be sure to train your Great Pyr well so they can live up to their potential as a devoted family dog.

Newfies are gentle giants who don’t know a stranger. Their impressive outer coat helped them swim in the icy cold waters off the Canadian province of Newfoundland, where they were working dogs aboard ships.

The Newfie has a storied history, from assisting Lewis and Clark on their historic expedition to rescuing drowning victims by pulling them ashore. Yet they’re also content with a snuggle – and being a loyal, loving family dog.

Sweet, sensitive, and basically a living stuffed animal, the little Bichon is a powder puff of love. Maxing out at 20 pounds, this popular dog breed is small yet sturdy. They’re up for a long walk, but they don’t need all the exercise of a working breed.

In fact, the Bichon makes a wonderful companion for apartment dwellers, seniors, and families with young children. Their soft curls aren’t likely to shed, earning them a reputation for being hypoallergenic.

The silky white Maltese is another toy breed with princess-perfect locks. They’re quite small, usually weighing less than 7 pounds. (That’s a dog you can tuck right into your purse!)

As show dogs, Maltese have elegant coats that are often left to grow to the floor. However, many dog owners opt for more regular clipping for easier maintenance. The Maltese is more than just a pretty face, though – expect watchdog qualities, along with a stubborn nature that requires good training.

The Pom, as it’s affectionately known, is a feisty companion with the fluffy coat of related spitz breeds. They’re one of the best dogs for traveling about town, as they’re easy to pick up and plop into a carrier.

Though a tiny toy breed, the Pomeranian is no shrinking violet. These little guard dogs like to work hard, play hard, and bark a lot at your neighbors. All that personality can be a lot of fun. Add in that expressive face and mountains of fluff, and you’ve got yourself a great companion.

Are you looking for a cuddle? So is your Shih Tzu. This companionable little dog is known for its loving, mellow nature. Known in their native China as “lion dogs,” the Shih Tzu are born to cuddle up in your lap. Soft, small, and playful, they’re beloved as family pets for good reason.

Famous Shih Tzu enthusiasts include Queen Elizabeth II, so you’re in good company when adding a Shih Tzu to your home.

The Alaskan malamute is like a bigger, fluffier husky, with all the personality and smarts of its sled dog relatives. These dogs make wonderful hiking companions and workers, as long as you’re committed to a solid training regimen.

The malamute is stubborn and wily, not to mention independent, so it’s not typically recommended for first-time dog owners.

No roundup of fluffiest dog breeds would be complete without the Aussie! These super-smart herding dogs are popular for their beauty, intelligence, and loyalty. Like other dogs who were bred to keep the livestock in line, they need a lot of activity.

An Aussie thrives when it can run, leap, and catch plenty of Frisbees. A quick online search will reveal some impressive Australian shepherds who’ve learned a remarkable assortment of tricks. Curious about agility courses? Take an Aussie with you!

Dog owners considering a fluffy dog breed for a family pet should consider care and maintenance, well, carefully. After all, everyone deserves a good hair day – even the dog!

These thick coats tend to shed, so pick up a few deshedding tools and a lint brush. As far as daily routine goes, regular brushing helps avoid matting and tangles. A pin brush is helpful for brushing out their undercoat, which reduces the shedding bonanza in the spring and fall.

Periodic visits to the groomer will also help your pet look sleek and fresh, not to mention reduce shedding. Regular grooming can also involve maintaining a classic haircut, such as those for the little Bichon Frise or the teddy bear Pomeranian.

The Final Word on Fluffy Dogs

When considering a new dog, be sure to research ethical breeders and get recommendations from trusted dog lovers. Also, your local shelter or rescue might have the perfect fluffy dog for you. A mix of breeds can result in some unique, beautiful, and snuggly coats you won’t find on any other dog.

Whatever your choice, welcome to pet parenting. It’s a great place to be. 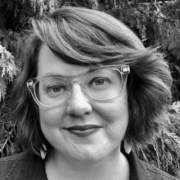