If dogs are man’s best friend, what are cats? While dogs are usually described as loyal, friendly, and devoted, cats are more often described as independent or ambivalent – even by those that love them the most.

But while cats may play up their nonchalant reputation, they’re hiding unconditional love and affection beneath that facade. After all, a 2019 research study published in the journal of Current Biology found that cats are just as strongly bonded to us as dogs or infants. That means they’re not fooling anyone!

If you’re looking for a cat that’s naturally sociable, however, you should know that certain breeds have more affectionate and amiable personalities. Read our list of the friendliest cat breeds to learn more.

These breeds span a wide range of personality types, from “curious and athletic” to “fun-loving and intelligent” to “vocal and insistent.” And of course, some breeds are known for their loving, sweet, and people-friendly personalities.

Here are 10 of the friendliest cat breeds:

Recognizable by their large size and tufted paws and ears, Maine Coons are known as the gentle giants of the cat fancy, according to the CFA. Though these cats may be large, they’re known for being affectionate with other cats, people, children, and dogs.

In general, they don’t mind snuggling up on your lap, and they like to show their love through chirps, trills, and other sounds. They’re also quite smart – some people consider them “dog-like” because they can learn to respond to basic commands. Unlike most cats, the Maine Coon also has an affinity for water, so don’t be surprised if you see them playing in their water bowl or the shower.

According to the CFA, the Siamese cat is known for its striking blue eyes, inquisitive personality, and loving nature. The CFA calls the Siamese the “quintessential people cat.”

They want to be in your lap, on your bed, or at your table – and they want to talk to you while doing it. They’re also very vocal and talkative – they’re known for the variety of sounds they make, and their willingness to meow at you to get your attention.

Beyond that, Siamese are extremely loyal and affectionate – they’re likely to get attached to “their people” in the house, though they might be more cautious of strangers. They also pair well with other cats, who help the Siamese expel their energy and curb their anxiety when they’re home alone.

Abyssinians are one of the oldest known cat breeds – their history dates back to ancient Egypt. Today, they’re less known for being lap cats than for being loyal companions that want to do whatever you’re doing. In general, Abys are people-oriented, not to mention extremely smart.

They love to be the center of attention, and they’re happy to learn and perform tricks. They’re usually curious and playful, so while these cats are devoted family members, they can get bored very easily. You don’t want to leave an Abyssinian cat home alone for a long time, and you should make sure to have regular playtime with this feline.

Pet Pro Tip: Cat-astrophes happen! Regardless of which cat breed you end up bringing home, make sure to sign up for a cat insurance plan to help protect your new feline friend and funds.

Ragdolls are gentle, laid-back cats that love to follow you wherever you go. They’re great lap cats who’ve been known to greet family members at the door. Plus, they can learn to play fetch!

Known for their sweet temperaments, Ragdolls get along nicely with other cats as well as dogs. Their gentle nature also makes them well-suited to families with children and seniors.

While they’re playful, they’re not overly active – they prefer to hang out on the floor instead of finding a high perch to rest on.

Known as the hairless cat, the Sphynx is unmistakable. They’re friendly, outgoing, and smart. They also love to be the center of attention – they might even get in trouble just to make sure you’re watching!

With their love of attention, the Sphynx can be mischievous and silly, but they’re also very affectionate – they always want to be spending time with you, or showing off for you. And though they’re curious and playful, they love to snuggle up in a warm spot when they get tired.

Persians are one of the most popular cat breeds, known for their sweet, gentle personalities and adorable expressions. These long-haired cats tend to prefer it when it’s calm and quiet, which makes them excellent lap cats.

Persians also love routines and are generally well-behaved companions. They like spending time with you and finding a favorite place to curl up for a nap. They can sometimes be playful, but they’re not overly demanding, and they don’t have a reputation for getting into trouble.

Plus, while they’re not as chatty as some of the other breeds on our list, they’re known for their melodic chirps when they do feel like talking.

Burmese are affectionate cats who want to spend as much time with their families as possible. According to the CFA, they have such an irresistible appeal that they’ve long been known for winning over people who thought they didn’t like cats.

They’re also energetic – almost dog-like – and known to enjoy games of fetch. They’re smart and confident and love to be active family members. They like to follow you from room to room, cuddle up on your lap, and sleep on your bed.

They also get along well with children as well as other cats and dogs. For many Burmese cat owners, just one of these felines isn’t enough.

Another blue-eyed beauty, the long-haired Birman, is exceptionally sweet, gentle, and sociable. Birmans love to be with people, and they’re great at socializing with humans as well as other animals.

They’re also easy-going and patient, which makes them a great choice for families with children. Plus, though they thrive on attention, Birman cats are generally quiet.

Like some of the other cats on our list, they’re known for having more of a chirp-like voice than a meow when they do speak up.

Sweet, quiet, and affectionate, the Exotic Shorthair is very similar to the Persian cat, who’s bred in almost the same way (except for their coat). Exotic Shorthairs are loyal companions who love to spend time with you.

However, they’re not overly demanding – they prefer to quietly ask you for attention. They’re playful, fun-loving, and generally easy-going. But they’re not very talkative – instead, they’re known for making quiet, squeaky meows.

Because of their adaptability and general friendliness, Exotic Shorthairs can fit in with families of all kinds.

Not only are Scottish Folds adorable – they’re adaptable, sweet, and loving companions. These cats are quiet and docile and aren’t demanding in any sense. They get along happily with other cats and dogs, as well as children.

In fact, the Scottish Fold is likely to prefer having a companion – they don’t like being left at home alone for long periods of time. And while they’re occasionally playful, they usually like to perch on your lap or gently snuggle up next to you.

Despite their quiet personalities, these cats are pretty laid back, and they can adjust to new people or situations with ease.

How to Choose a Cat for Your Family

When you’re looking for a feline friend to join your family, it’s important to remember that there are many factors – in addition to friendliness – that can go into deciding which cat breed is right for you.

Though these breeds are known for their friendly personalities, all cats are different, so it can be helpful to talk to a breeder or shelter for more information about specific cats that you may be interested in bringing home.

At the end of the day, any cat lover will tell you that you play a large role in shaping your cat’s personality. Give them the love and affection they need –s and they’ll give it right back. 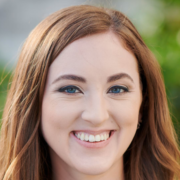