What causes Cushing’s disease in dogs?

The signs of Cushing’s disease in dogs are caused by the adrenal glands making too much cortisol. There are two adrenal glands located next to the kidneys, and just like in humans, the glands of the endocrine system are all tied together. Dogs and humans have a gland in the brainstem called the pituitary gland, which among other things, is responsible for sending messages to the adrenal glands to manufacture hormones, including cortisol.

Cushing’s disease can also be caused by a tumor on one of the adrenal glands, which causes it to malfunction and make too much cortisol. This is rare. Cushing’s disease can also be caused by giving a dog excessive steroid medications. Steroids are commonly prescribed for inflammatory conditions, but if a dog is given excessive steroid medications in any form (injection, pills, creams, etc.), the signs of Cushing’s can result.

What are the symptoms and signs of Cushing’s disease in dogs?

Signs of Cushing’s disease in dogs are due to excessive levels of the hormone cortisol. Cushing’s is usually seen in middle-aged or old dogs, and while it can affect any dog, Cushing’s disease has been reported more in Poodles, Dachshunds, Boston Terriers, German Shepherds, and Beagles.

Cortisol affects every system in the body, and is also called the stress hormone because it is used in fight, flight, or freeze responses. Cortisol also helps regulate blood sugar and metabolism, reduces inflammation, and is involved in memory. When there is too much cortisol in the system, however, things start to get out of balance.

The most common signs of Cushing’s disease in dogs are increased appetite, weight gain, increased water consumption and increased urination. Additional signs of hyperadrenocorticism in dogs can include:

How is Cushing’s disease in dogs diagnosed?

If you suspect that your dog might have Cushing’s, schedule an appointment with your  veterinarian. Your veterinarian will use a combination of history from you (how you think your dog has been doing, what has your dog been doing, what are your main concerns) along with physical exam findings and laboratory tests to confirm a diagnosis.

The typical blood tests that are ordered to screen for Cushing’s can include a complete blood count to check the blood cells, a blood chemistry to check how internal organs are functioning, a urinalysis to check kidney function, urinary tract infections and how concentrated the urine is, and an ACTH stimulation test, which is a test that is used specifically to see how the adrenal glands are functioning. Additional laboratory tests that may be ordered can include a low dose or high dose dexamethasone suppression test, which tests how the adrenal glands respond to steroids, a urine cortisol:creatinine ratio, or a test that measures ACTH that is circulating in the blood. ACTH stands for adrenocorticotropic hormone, and is the hormone that is produced by the pituitary gland to send messages to the adrenal glands and regulate levels of cortisol.

Be aware that your veterinarian will need a little time to correctly diagnose your dog – the blood tests that are commonly used to diagnose Cushing’s require multiple blood samples taken over time.

If it is confirmed that your dog has Cushing’s, then your veterinarian may recommend an abdominal ultrasound to measure the adrenal glands and to differentiate whether your dog’s signs are caused by a problem in the pituitary gland or the adrenal glands. This is recommended because treatment for pituitary-dependent Cushing’s disease is different than treatment for Cushing’s disease caused by an adrenal tumor.

How is Cushing’s disease in dogs treated?

Without treatment, dogs that have been diagnosed with Cushing’s will tend to continue to decline and have more and more problems and decreased quality of life.

Cushing’s disease can be managed several different ways. If your dog has developed signs of Cushing’s due to excessive administration of steroids the cure is easy: under the supervision of a veterinarian, decrease steroid medications over time and the signs should abate as well.

Cushing’s caused by a tumor in the pituitary gland is usually managed by medication because most pet parents do not elect to pursue brain surgery, and the tumor is usually benign and slow growing. The most common outpatient treatment prescribed for this type of Cushing’s is a medication called trilostane, trade name Vetoryl. Trilostane works by interfering with the production of cortisol, and one of the benefits of this drug is that you may be able to decrease the medication over time. Other drugs that may be prescribed to manage Cushing’s disease can include Mitotane, selegiline hydrochloride, or ketoconazole.  In any case, your veterinarian will know which medication or treatments will be best for your dog.

Cushing’s caused by a tumor in an adrenal gland may be treated by surgery (removal of the tumor) or Mitotane, which is used to destroy tumor cells and control cortisol secretion. Other medications may be prescribed as well. It is important to note that adrenal surgery is difficult, and is usually performed by a board certified veterinarian surgeon.

It is critically important to work closely with your veterinarian when your dog is undergoing treatment for Cushing’s, and pay attention to your dog’s daily habits. If a dog receives too high of a dose of any of the medications listed above, it can suppress the adrenal glands too much, which can cause the opposite of Cushing’s disease: Addison’s disease, where the adrenal glands don’t secrete enough hormones. While Cushing’s disease is not considered eminently life threatening, Addison’s disease can be acutely fatal if not treated immediately.

If your dog has been prescribed treatment for Cushing’s disease – monitor your dog’s daily habits as directed by your veterinarian, follow all prescription instructions, and take your dog in for all follow-up appointments. In most cases, there is an adjustment period to starting medications, and your veterinarian will have to ‘dial in’ your dog’s medications. You may have to increase or decrease drug dosages based on how your dog is doing, what his laboratory tests look like, and if he is experiencing any side effects due to the medication. It usually takes two or three follow-up visits to get it right, and once your dog is doing well on the medication, then you may only have to take your dog in for testing once or twice a year, depending on your dog’s overall health.

Cushing’s disease is a common problem, but there are ways to manage it, and fortunately, most dogs respond very well to treatment, and start to feel and act more like themselves within days to weeks after starting treatment. 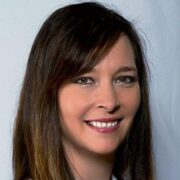