The Ultimate Guide to Vaccinating your Fur Friend In an age of pandemic, vaccines are the talk of the town. But our furry friends need to be kept safe from diseases too, which is why the topic of vaccinating your pets is our topic of the month (it also happens to be National Immunization Awareness Month)!

There are few things more heartbreaking than watching a puppy or kitten suffer from a nasty parasite or a fit of coughing. In this article, you’ll learn how vaccines can help you and your veterinarian set your pet up for a healthy life and protect them against dangerous – and often contagious – diseases along the way.

What is a vaccine?

First things first: what’s a vaccine? How does it work for your pet?

Vaccines give your pet’s immune system the boost it needs to help fight the invasion of disease-causing organisms. Antigens in vaccines are able to trick your pet’s immune system; they look like the organisms that cause the disease but don’t actually make your pet sick. However, the immune system still works to provide an effective immune response, so that if your pet ever comes into contact with the real disease-causing organisms, their immune systems will have already mapped out the battle. In other words, vaccines work the same way in pets as they do in humans. And they work – fur real.

Why is it important to vaccinate your pet?

You want your pet to live fur-ever, right? Vaccines are one of the easiest ways to ensure that your fur friend lives their longest and healthiest life, as vaccinations have prevented the deaths of millions of lovable animals.

But vaccinations aren’t just important for keeping your pet happy and healthy. They’re important for you, too. When you vaccinate your pet at the right time, you can avoid having to shell out hundreds (or thousands) of dollars to treat a costly disease later. What’s more, there are some diseases that can be passed from pet to human, and there’s no bigger nightmare than having a whole household down for the count, including your innocent dog or cat.

What are the core vaccines for dogs?

These core vaccines are vital to all pups based on risk of exposure, transmissibility to humans, and severity of disease. They include:

This combination vaccine, that may or may not include Parainfluenza virus, should be administered when a pup is as young as 6 weeks old, and then sequentially at an interval of 2-4 weeks until they’re at least 16 weeks of age. If your pooch is exactly 16 weeks old, then they should be given an initial shot and a booster 2-4 weeks later. Another dose of the vaccine should be administered within one year following the final dose of the initial vaccination series, and after that, every 3 years.

Despite the scary prognosis, this disease is very preventable with a vaccine. A puppy should receive a rabies vaccination when they are no younger than 3 months of age. If an adult dog has an unknown vaccination history, they should also receive a single shot as soon as possible. Your pup can receive either a 1-year or a 3-year labeled vaccine. Rabies vaccination is required by law for registration of dogs with your local county in most areas.

What are the non-core vaccines for dogs?

Non-core vaccines are optional vaccines, to be considered based on your dog’s individualized exposure risk, which depends on factors like geographic location, lifestyle, and their overall health. The non-core vaccines that may be recommended to you by your local veterinarian include:

This intranasal vaccine should ideally be administered when your puppy is between 8 and 16 weeks old, though it may be administered as early as your dog’s 3rd or 4th week, if he or she is at high risk. After that, if your dog continues to be at risk, they should get a single dose one year following the initial vaccination, then annually.

The dog flu vaccine works the same way as the human flu vaccine. With both the H3N8 and H3N2 strains, two different vaccines are available. They both require two initial doses administered to dogs 6-8 weeks or older, and then annually. Your veterinarian may recommend the combination vaccine if you and your pup live in an area prone to the dog flu – or if you spend a lot of time in spaces packed with puppies (and it’s hard for us to imagine a better fate!). While this vaccine does not completely prevent dog flu, it can reduce transmission and clinical signs associated with the virus.

Your pup’s first leptospirosis vaccine – which can be given as early as 8-9 weeks – should be followed by a booster 2-4 weeks later, followed by an annual vaccine.

If you live in a particularly woodsy area and your pooch spends lots of time outdoors – or if you’re traveling to a Lyme-disease hotspot – your veterinarian might recommend a vaccination. Though it’s not 100% effective, it can help reduce risk. All Lyme vaccines work by binding Lyme disease causing bacteria in the gut of the tick, sterilizing the tick and preventing further transmission of Lyme. A pup can receive their initial dose as early as 8-9 weeks old, followed by a booster 2-4 weeks later, but the course-of-action is the same regardless of age. After that, annual boosters are recommended for dogs in high risk areas.

This vaccine is recommended for dogs who live in populated rattlesnake areas, or that will be traveling to one. Dosing and frequency depend on the dog’s body weight and exposure risk.

What are the core vaccines for cats?

Now, onto our favorite felines! Cats need their vaccinations, too, and have core and non-core vaccines, just like dogs.

There are many ways this combination vaccine can be administered, and the course-of-action depends on the shot you choose. Your veterinarian can help you pick the best one for your kitty:

There are two vaccine types – recombinant and inactive – to choose from for your kitty. Both vaccines operate on the same schedule; they should be administered 3-4 weeks apart when your cat is as young as 8 weeks old. Your cat should get a booster one year after the second dose, and then higher risk cats – cats in shelters or who spend lots of time outside – should receive the vaccine annually.

Guidelines for the Rabies vaccine for your cat vary on a state-level, but it’s recommended no matter where you live.

What are the non-core vaccines for cats?

The non-core vaccines that may be recommended to you by your local veterinarian based on your cat’s individualized exposure risk include:

This vaccine is live and intranasal, and frequency and interval instructions vary.

Available vaccines include both live and inactive vaccine options, but guidelines for frequency vary.

If you can’t imagine your life without your best fur friend, make sure they get their core vaccines (and any non-core ones your veterinarian recommends) on a routine basis, starting when they are puppies and kittens. If you adopt an adult or senior dog or cat, ask the shelter about any vaccines they may have already received and work with your veterinarian to get them on a routine schedule from that point on.

There are lots of nasty diseases out there, and vaccines can save your pet’s life while saving you lots of time, money, and heartache. Believe us: watching your beloved pet squirm in the face of a needle is a lot less difficult than the potential consequences of a disease, like Rabies, Distemper, or Parvo.

While preventive care is the best way to protect your pet, ruh-rohs can still happen. If your pet catches a disease, Pumpkin Pet Insurance can make it easier to afford the best care possible, even if it’s costly. Pumpkin also offers an optional, non-insurance preventive care add-on pack called Preventive Essentials that fully covers 4 vaccines for puppies, 2 for dogs, and 1 for kittens or cats each year! While not an insurance benefit, this optional pack can be purchased with your insurance plan.

We hope you found this guide helpful. One last tip! Whether you have a new puppy or a senior cat, keeping a record of their vaccinations can help you stay on schedule – and help them stay healthy. Here’s a printable vaccination tracker you can take with you on your pet’s next wellness visit! 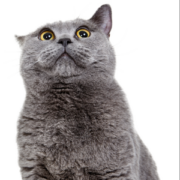 Passionate Pet Experts & Parents
We are a team of writers, designers & product developers who all double as passionate (ok, obsessive) nerds of the pet world.
Reviewed by Dr. Sarah Wooten, DVM