There’s no wonder the noble German Shepherd is the AKC’s second most popular dog. This breed’s intelligence, bravery, and loyalty have made them excel as police and military dogs, service dogs, and protective family pets. It’s clear we love them – and for so many reasons.

Here are some amazing facts about the German Shepherd breed you may not know.

Originally, German Shepherds were tasked with watching over flocks of sheep and herding them from field to field. That job required lightning-fast reflexes and an ability to run at top speed when needed. This breed proved perfect for the job.

German Shepherds can reach speeds of up to 32 miles per hour at full sprint. However, when herding, they trot rather than run, clocking in at around 20 miles per hour. They became the go-to-dog for herding sheep – but there was so much more this breed would come to excel at.

At some point, a German Cavalry officer noticed this impressive work dog and its wolflike appearance. He purchased a dog for himself and the official history of this breed began.

2. The father of the German Shepherd breed

In 1895, Max Von Shlephanitz purchased the first Shepherd Dog at a dog show, naming him Horand Von Grafath. Horand was the genetic basis for the German Shepherd breed.

The breed has changed somewhat since Max began his breeding program, depending on where you live.

4. German Shepherds in the United States

Then came World War I – and with it, displays of versatility and bravery that set the German Shepherd apart.

5. German Shepherds worked alongside soldiers in WW1 and WW11

Max von Stephanitz was devoted to growing the German Shepherd as a versatile breed. As urbanization reduced the need for herding dogs, he introduced this intelligent, easy-to-train dog to the police and military.

In WW1, German Shepherds demonstrated their bravery alongside their German soldier counterparts on the battlefield, serving as Red Cross dogs, rescuers, guard dogs, messengers, and sentries. (They even carried ammunition.) They also led wounded and blind soldiers to safety for medical treatment – in 1917, a dog named Filax of Lewanno was honored at Westminster as a war hero after leading 54 soldiers to safety.

Soldiers on both sides of the conflict admired these dogs’ ability to perform under stressful and dangerous conditions. They were especially good at guiding soldiers with visual impairment to safety.

In WW2, the Germans employed German Shepherds again – but this time, the United States employed them as well. The US military set up German Shepherd dog training centers, deploying them in what they called War Dog Platoons to work with soldiers on the battlefield. In all, there were 15 such platoons, 7 in Europe and 8 in the Pacific.

Later on, during the Korean and Vietnam Wars, the US Military again used German Shepherds on the battlefield and in military installations.

In June 1928, Morris Frank brought his dog Buddy to the United States from Switzerland, where dogs were being trained to assist soldiers that had been blinded in WW1. Buddy was a female dog whose original name was Kiss. After renaming her, Morris proved her capabilities by letting her navigate him across a very busy New York street in front of a throng of reporters.

Buddy’s success in navigating the street led to widespread interest in using German Shepherd dogs to assist people with visual impairment. Today, most of the dogs leading people with visual impairment are Labs and Retrievers. German Shepherds are no longer the most prevalent breed employed in this role – these days, they’re widely seen as best-suited for police and military jobs.

The versatility of this breed is legendary. To prove their intelligence and versatility, German Shepherd lovers created a sport called Schutzhund – “protection dog” – that showcases their natural abilities. This sport puts dogs through a series of demanding tests, including evaluations and training in the following categories:

There are Schutzhund organizations and trainers throughout the world, where dogs can compete with their trainers.

These days, in the United States, we call these dogs German Shepherds, but we haven’t always called them that. After WW1, many countries avoided anything German, so in 1917, the AKC began calling them Shepherd Dogs. This also happened in Europe, where they became Alsatian Wolf Dogs. Many years later, both Americans and Europeans restored the original name – and now, the breed’s official name is German Shepherd.

9. There are 11 recognized colors of German Shepherd

The breed’s colors are:

10. German Shepherds are double-coated and SHED

German Shepherds can have short- to medium-length and long-haired coats. All varieties are double-coated. Their longest coat is the overcoat, which contains longer guard hairs. Their undercoat is softer and denser – it protects their skin from extreme heat and cold weather. Both coats shed a lot, giving the German Shepherd the nickname “German Shedder.”

These dogs require frequent, almost daily brushing to keep their shedding at a minimum. Without this brushing, you risk dog hair becoming a condiment in your house. These dogs shed all year long, but they tend to shed most heavily twice a year, during the fall and spring.

11. They are the third-smartest dogs

If you have a German Shepherd, you know how intelligent they are. But did you know they’re the third-smartest dog breed? Poodle and Border Collies have them beat in the brains department, but you’d never know it.

Stanley Coren, author of the book “The Intelligence of Dogs,” states that German Shepherds will learn a new task after only five repetitions and respond to commands correctly 95% of the time. This explains why they’ve become so popular as police dogs. (I wish my dogs were that responsive!)

12. Size and lifespan of German Shepherds

In general, German Shepherds are healthy dogs, though they do have a few genetic health problems. Their lifespans are between 7-13 years, with the expectation that they’ll receive regular veterinary care and exercise and eat well-balanced, healthy foods.

Their intelligence and activity levels are high! Don’t expect your German Shepherd to join you on the couch unless you’ve provided them with plenty of daily exercise and mental stimulation. Dogs who get bored – or left alone for long periods of time – can develop anxiety and turn to inappropriate behaviors, like chewing a couch cushion or destroying your shoes.

These dogs need large yards to roam around and play in. Trick training and obedience training with positive reinforcement work well for this breed. Socialization is also important. German Shepherds are very protective of their people and tend to be wary of strangers and other dogs or animals. Socializing them as young pups keeps them tolerant when they meet someone new.

We know Strongheart as the first German Shepherd to appear in films. His real name was Etzel Von Oeringern – Strongheart was his stage name. In 1921, he made his film debut in “The Silent Call,” and he also filmed “Brown of the North” that year. He then appeared in “The Love Master” and “White Fang” in 1925.

Who hasn’t heard of Rin Tin Tin? An American soldier rescued him on the battlefield in France during WW1, making him the first rescue dog. But he didn’t stop there! He soon became the most famous German Shepherd of all time. Between 1922-1931, he appeared in 27 films, and he went on to be the first non-human awarded a star on the Hollywood Walk of Fame.

Apollo was the first German Shepherd search-and-rescue dog to arrive at ground zero on 9/11. He arrived 15 minutes after the attack. Apollo and many other German Shepherds worked alongside their handlers at the site despite the heat, smoke, and danger. Fire and falling debris almost killed him, but he survived and received the prestigious Dickin Medal for gallantry and devotion to duty.

Trakr, another German Shepherd at ground zero, found the last survivor, who was trapped for 27 hours under the rubble.

15. The courageous German Shepherd is far from their herding roots

Police dogs work as full-fledged police officers, partnering with their handlers to fight crime. Because of their agility, strength, intelligence, and sense of smell, they’ve become popular with police forces.

They’re competent at cadaver searching, tracking criminals, conducting search and rescue missions, and detecting drugs and explosives, just to name a few of their tasks.

As strong and healthy as the German Shepherd breed is, no breed is free of genetic health conditions. Some of their common inherited and genetic diseases are:

Degenerative Myelopathy, a degenerative weakness in the hind legs. DNA tests can identify this condition in German Shepherd parents, allowing breeders to breed it out of parental lines.

Exocrine Pancreatic insufficiency is a degenerative disease of the pancreas.

Hip Dysplasia and elbow dysplasia are also genetic problems with German Shepherds that reputable breeders can certify and breed out. They both cause painful joint issues that can make it difficult to walk.

Bloat develops when a dog’s stomach fills with food, gas and fluid. It’s a deadly condition requiring immediate veterinary attention. German Shepherds are one of the breeds predisposed to this condition.

Before you purchase a German Shepherd, find a reputable breeder who will have certifications and testing results for any of the genetic predispositions of their breeder parents and puppies.

The motto of the German Shepherd breed is “Utility and Intelligence,” and it’s taken them from herding flocks to serving in the military, on police forces, and as guide and service dogs. It’s won them many distinguished awards for their devotion to service.

None of this noble work should overshadow how wonderful they are as family members. The German Shepherd is the second most popular breed out of 193 AKC registered breeds, as well as second throughout the world. Each year, 130,000 new German Shepherd parents register their dogs and introduce them to their families.

That said, these dogs are not for the faint of heart, or for first-time dog parents. They’re large dogs who require daily exercise and structure. They’ll guard their families and co-workers, snuggle up on the couch for a movie, watch over their human siblings, and love unconditionally. But they need to be socialized in puppyhood.

As the perfect family dog – or best friend, or working dog – you can’t beat a German Shepherd. Now that you know all the amazing facts about them, find out more about the breed and if this is the perfect dog for you here. 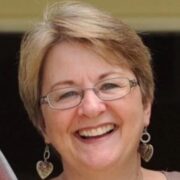